Tests for 7 parameters on six pads
25 tests in Cannister.
Will detect adultartion of following:

Nitrite tests for commonly used commercial adulterants such as Klear or Whizzies. They work by oxidizing the major cannabinoid metabolite THC-COOH.9 Normal urine should contain no trace of nitrite. Positive results generally indicate the presence of an adulterant.

Creatinine is a waste product of creatine (an amino-acid contained in muscle tissue), is a normal constituent of human urine. In specimen validity testing, creatinine is used as a marker for dilution. Specimen dilution can be either in vivo (the donor drank excessive volumes of liquids) or in vitro (liquid was added to the urine after collection) and represent the most common form of specimen tampering. In vivo dilution using diuretics is often referred to as flushing. Creatinine and specific gravity are often interpreted simultaneously as indicators for dilution. Low Creatinine and low specific gravity levels indicate dilute urine.

Glutaraldehyde is a chemical compound that, when used as an adulterant, is believed to inactivate the enzyme used in the EMIT automated drug screening reagent. Although it is not believed to produce false negative results on a lateral flow test, commercial adulteration agents UrinAid and Clear Choice still contain Glutaraldehyde. Glutaraldehyde is not normally in urine so detection of the compound is generally an indication of adulteration.

pH tests for the presence of acidic or alkaline adulterants in urine. Normal urine pH levels should be in the range of 4.0 to 9.0. Values outside of this range may indicate the sample has been adulterated.

Specific Gravity tests for the viscosity of the urine sample. The SG range for normal human urine is from 1.003 to 1.030. Values outside this range should be considered abnormal and may indicate specimen tampering.

Oxidant/PCC tests for the presence of oxidizing reagents such as bleach, hydrogen peroxide, and pyridinium chlorochromate (PCC). Like nitrites, oxidants work to modify the structure of the target drugs in urine (like THCCOOH). Many commercial adulterants contain oxidants or PCC. Examples include UrineLuck (PCC) and Stealth (peroxidase). Normal urine should contain no trace of oxidants/PCC. Nitrites are a class of chemicals not usually found in normal human urine.

Commercial adulterants Klear and Whizzies use nitrites as their primary active ingredient. Nitrites work by oxidizing the major cannabinoid metabolite (THCCOOH). The intent of oxidizing THC-COOH is to render it undetectable by the immunoassay or confirmation methods. Recent research suggests that performing the immunoassay drug screen shortly after the urine collection limits the effectiveness of the nitrite since the chemical needs time to modify the THC-COOH compound. By the time a positive sample arrives to the lab for confirmation, however, the THC-COOH has often been destroyed.

Normal human urine should contain no trace of nitrites and, as such, presence of nitrites in urine generally indicates the use of an adulterant. 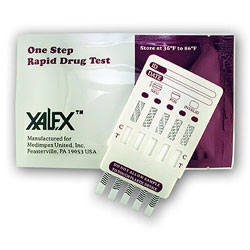 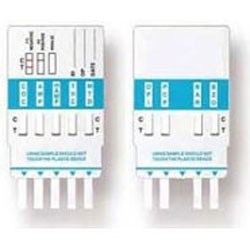 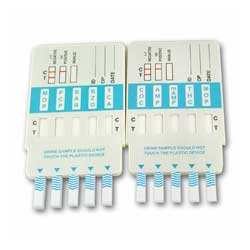 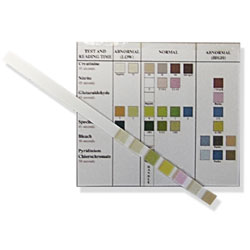 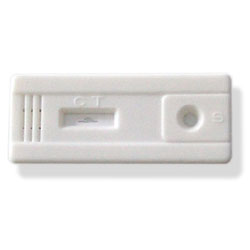 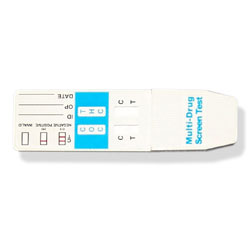 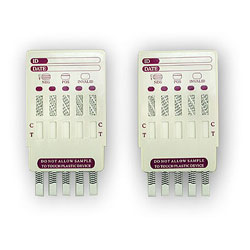 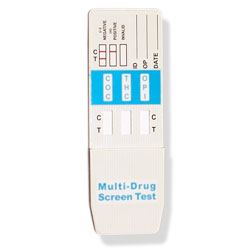